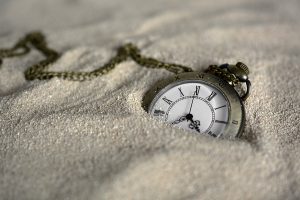 People who love buying and collecting antiques have various justifications for spending their hard-earned money on objects that are literally centuries old. It might seem absurd to some to buy items that typically sit in a glass case on display, but as experts at Serendipity know, for a collector, there’s always a story behind why acquiring such objects is such a meaningful thing to them.

The Age of the Object

Age is what makes an antique, well, antique. The thing that draws people to incredibly old items is the fact that what they are buying is older than them. It is an excellent way to feel connected to the past, particularly for those with an interest in a particular time period. For instance, consider an early porcelain ewer. China was the only country that exported porcelain worldwide back in the 15th Century. It is highly sought after by collectors since it was made in the 1400s, which means it is probably one of the earliest porcelain pieces to be imported to Europe.

The item’s craftsmanship is another reason why someone would want to buy something for its age. Just about all items before the industrial revolution were handmade, which further seems to connect the individual to the antique. The thought that somebody, somewhere at some point in time took their time to create things without the use of machines is incredible since it is still surviving. A certain century’s craftsmanship often defines the time period too. Creation methods change over time, which is why a 15th Century ewer holds more value than a 17th Century ewer since the process of making porcelain was more complex back in the 1400s.

For instance, Ruth Shearn and Rick Blears from Cheshire, England collect and sell Art Deco antiques. Sometimes, they spend a lot of money on certain pieces but also don’t need to spend too much money to make a profit. Back in 2013, they bought a terracotta figurine on eBay for around £26. Since it was a Cortendorf terracotta figurine, the brand in itself has a value that the previous owner probably did not even have a clue about. After restoring it, the statue is now worth close to £800. Rick and Ruth have both stated that the money made from selling antiques will all go to their daughter so that she will be taken care of once they are gone.

It really does not matter what the object is as long as it is personal to you and incites treasured memories. While your grandmother’s antique spoon collection might not be souvenirs from your travels, they still had great value to her and her memories as a living person and this may inspire somebody that inherited that collection of spoons to continue adding to the collection as a homage to both her and her memory.

Who Was the Former Owner?

Today, we don’t usually wear dead people’s hair, but many people still invest in antiques that previously belonged to very special individuals to achieve the same effect of feeling more connected to somebody. David Rockefeller purchased White Centre, Mark Rothko’s painting in 1960 for less than £8000. In 2007, when Rockefeller put up the painting for auction, it was estimated that the painting could fetch as much as 31 million pounds if sold.

The Thrill of the Find

The key reason why people choose to collect antiques is that it is a lot of fun. If you go into an antique store, you don’t really know what you will find. In Fort Collins, you will find numerous antique shops in Old Town as well as the city’s outskirts such as the A and J Antique Mall as well as A-1 Antiques and Furniture.