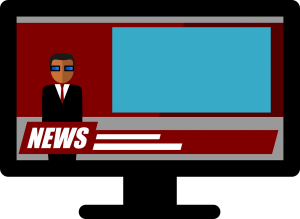 The COVID-19 pandemic has had dramatic implications for the UK’s prosperity and public health. However, it has also had a significant impact on the technology, corporate media, such as corporate video production, and digital sectors.

From 2017 through to the first half of 2020, smart home devices saw substantial growth. During this period of time, adoption more than doubled and reached 34%, which amounted to 9.5 million houses.

The Lockdown Has Resulted in a Reduction in Internet Performance

For all connected homes, the Internet is the absolute foundation. According to our data, 87% of consumers in the UK had both a mobile Internet connection and home broadband connection. Two-thirds (63%) have a landline still. For some ISP package, this is a prerequisite for broadband.

A quarter (26%) of consumers said that in general their Internet connection was worse, (33%) reported their download speeds were worse compared to before lockdown and (36%) said they were experiencing buffering issues.

The next topic discussed in the webinar was the subscription ecosystem during this pandemic.

However, for the gaming industry overall, it was not bad news. 36% reported that they purchased more games in April, and by July increased to four in ten (39%).

According to our data, media consumption during the COVID-19 lockdown increased over the range of formats. Given the large amounts of time that people have been staying inside during the pandemic, this is perhaps not surprising. It was shown in the webinar that consumers were making additional efforts to stay informed. During April, half of all consumers (54%) stated that they watched more news, while one fifth (20%) reported that they watched more documents. Nine per cent said they watched more educational programming, while 8% reported watching more science TV shows. By July, there was a significant decrease in the appetite for news. Those who reported watching the news dropped to 41% from 54%.

In addition, although more people watched the news, fewer individuals said that they trusted it. During the lockdown, the percentage of consumers in the UK who stated they could not rely on the news increased to 46% from 35%. Seven out of ten (72%) said they felt “fed up” with current news programming and more than half (55%) found it to be too negative. In terms of watching entertainment, almost four out of ten people (37%) reported watching more films during the month of April, while one fifth (22%) said they watched more drama. With the lockdown darkening the mood of the nation, 14% of Brits said they watched more comedy, while 7% reported watching more children’s programming.

How Has COVID-19 Affected the Content, Media and Digital Sectors?